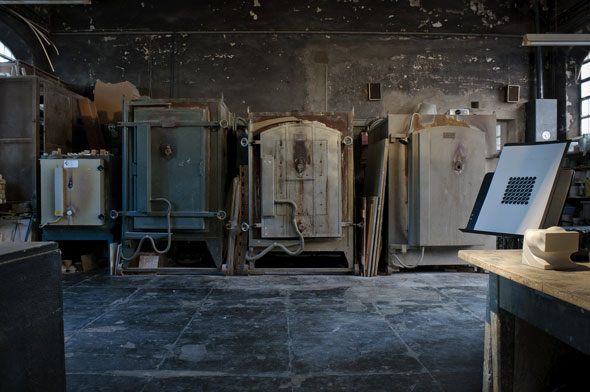 The Museum Past and Present

The Carlo Zauli Museum is a repository that since 2002, through its collections and various cultural activities, explores and spreads contemporary art in all its languages, with particular attention given to ceramics, the material of the local tradition.

Indeed, it is located right in Faenza’s historical old town, inside the very premises which, from 1949, were owned by Carlo Zauli, one of the most representative sculptors of the 20th century whose work and history the museum continues to promote.

The Museum and the Carlo Zauli itinerary

It has been a real journey that which began in 2002, the year of Carlo Zauli’s death. A journey that has returned to some of the artist’s dearest and most familiar cities and environments, and yet reached places he never frequented himself, and had as its base and starting point the artist’s own workshop, now very much alive with museum activities.

It is a journey which the museum continues to plan, bringing from one place to another his poetic message which still remains current and very much intact.

Through the language of his works, at times compared to artists of his time, at others with young people who have never met him, MCZ carries on with the main project for which it was born: to keep alive the memory of a bygone artist, to bring it to the attention of the youth and introduce it to a new generation of artists such that they might draw inspiration and lessons from it.

In recent years there have been small and large events, depending on the occasion, contacts and economic possibilities, without ever stopping and without forgetting the pivotal figures involved in all the work of this private museum: from grandiose Japanese exhibitions to conferences of curators who knew him, from the dedication of a small square in Faenza in his name to the works provided on loan to the headquarters of sponsoring institutions, everything is done in order to preserve the vitality of this deceased artist.

In 1949 Carlo Zauli, along with three fellow students, purchased the ceramist workshop of Mario Morelli. Located in the stables of the convent of St. Francesco and dominated by the imposing bell tower of the church, it was immediately destined for an artisan production with markedly contemporary features. Over the years, Zauli, who remained the only person in charge of the studio, transformed the old workshop into a complex and vast sculpture atelier, building a series of buildings around the kiln room, the old heart of the workshop, that today make up the Carlo Zauli Museum.

During the 1960s, Carlo Zauli’s work evolved into an increasingly sculptural dimension, influencing the identity of this place just as it has been preserved to this day and which forms an integral part of the museum tour: from the room for enamelling and cooking where the smoke-blackened walls and ceiling from the wood kiln testify to the space’s history, to the clay cellar where sacks of various soils from all over Europe are still piled up, to the long shaping room for monumental works, with its “equipped” wall upon which large high-reliefs could be modelled vertically directly upon it.

The Carlo Zauli Museum was born from this original project: an exhibition and cultural production space created in 2002, immediately after the death of the artist, by the will of the Zauli family, inside the sculptor’s historic laboratory-atelier. In paying him this great tribute, the space has been redesigned so that it could narrate his work and recreate, with modern tools, the vitality that had characterised the atmosphere since 1949.

The museum houses two permanent collections: one dedicated to Carlo Zauli and one composed of the works of contemporary artists.

The museum undertakes conservation, archiving and dissemination of the work of the Faenza sculptor through the management of its Archive, traveling exhibitions, publications, and events dedicated in his honour.

In recent years it has become a reference point in the production and dissemination of contemporary art, thanks to its multiple activities at the avant-garde of culture and experimentation: from Artists in Residence, to conference cycles, to contemporary music reviews, as well as educational courses.

There are also very strong collaborations with other cultural activities of the city, with a view to fostering creativity in the region.

The museum is a private institution, almost unique in its kind in Italy: it has indeed distinguished itself thanks to its innovative relationship between design quality and low- budget management, and for its innovative methods of fundraising which it carries out together with its partners.